I guess that no matter what profession or trade you find yourself in, you too must have a leader in that field whose work/art you hold in high esteem.  An iconic figure – a person who has managed to reach world renown and fame. Someone who inspires and motivates you to model your life or work along the same values that helped them achieve success (Sir Richard Branson comes to mind). 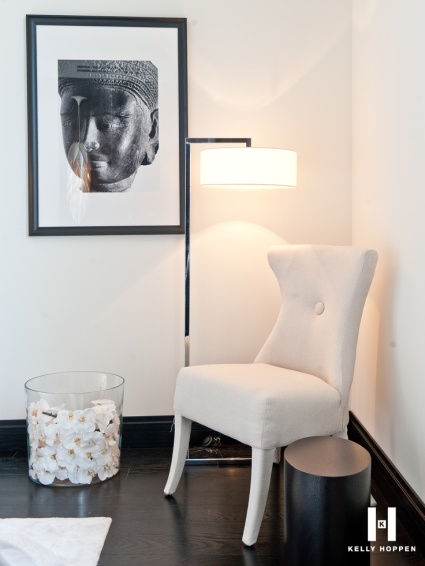 For me that person is award-winning international Interior Designer, Kelly Hoppen. Although Kelly has lived and worked most of her life in the UK, she was actually born here in South Africa.  Her mother is Stephanie Hoppen – also world renowned in her own right within the interiors profession.  Stephanie and her husband took their family over to the UK when Kelly was two years of age. Like mother, like daughter – both of them have authored many books that speak into some or other interior design and decorating principal. Stephanie Hoppen used to pop over to South Africa often and is well regarded in local interior design circles. As is Kelly Hoppen.

DECOR TIP: “Build up your fabric story, to add further layers of comfort, interest, luxury and character to a room by way of textual and tonal combinations.”  –  Kelly Hoppen

Kelly has numerous and admirable claims to fame, but to name a few:

*  Designed for a number of celebrities including David and Victoria Beckham and Martin Shaw.
*  Awarded the Andrew Martin Interior Design Award by Andrew Martin International
*  European Woman Of Achievement in 2007
*  ELLE Decoration Award and Grazia Designer of the Year in 2009
*  Appointed a Member of the Order of the British Empire (MBE) in the 2009 New Year Honours
*  On 19 February 2013, Hoppen was announced as one of the new dragons on BBC Two‘s programme Dragons’ Den 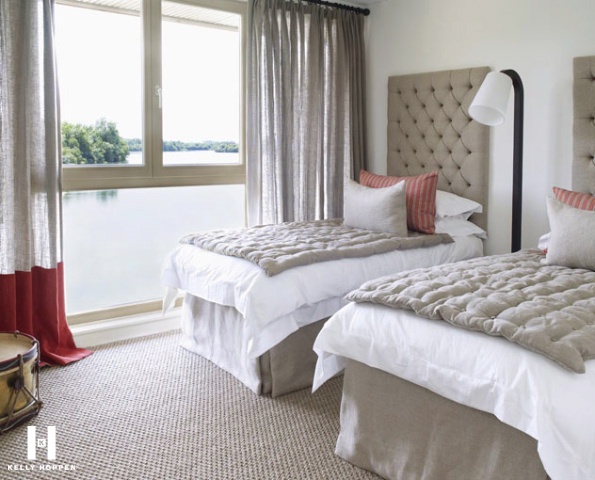 DECOR TIP: “Sand is a great colour to work with, but if you don’t want to use it over a large area, consider making sand the accent colour. A cream room with sand tones is easiest to achieve, to live with and enjoy.”  –  Kelly Hoppen

Her style thus is chic, relaxed and upmarket. Yet despite the fact that she works largely with the higher income bracket, her interior design and décor principals are universal, making them easy to adapt and apply into your personal space.

Recently Kelly has been posting some very useful décor tips and advice on her Facebook Page. Being inspired by them, I thought to share some with our readers. Won’t be right to hold back on sharing. Since Kelly is famous for using a neutral colour palette such as taupe and beige, you will be able to see her renowned design philosophy coming out in these pieces of advice.

In conclusion – as a matter of interest, do you have an iconic figure that you aspire to emulate?