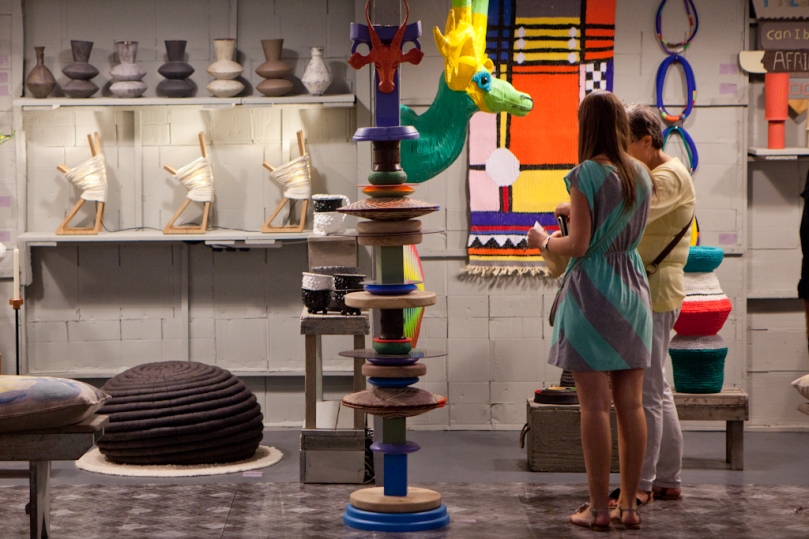 The Design Indaba Expo is dead. Did you know? It was announced in June of last year already but somehow we missed that little titbit. Our tight work deadlines last year meant that several of the Design Indaba newsletters went straight to the trash bin unread.

Earlier this week we received confirmation of our press accreditation to attend the Conference Simulcast as we have done previous years. While sifting through the info and programme we were slightly puzzled as to why no mention was made of the Expo. I checked the website and to my utter astonishment found that the Expo is no more.

I thought I read wrong. It must be a mistake. This makes no sense.

Sure enough, an Indaba representative later confirmed the sad fact via telephone.

What is the reason behind this decision? Well, to the two of us, their explanation seemed “lig in die broek” – a little feeble to say the least.

Seemingly, Design Indaba feels that the Expo’s platform has gotten too small for the large demand: “The limitations of hosting one event, in one venue, in one city have become more apparent and we want to drive our platform to become even more inclusive.”

However, we will console ourselves and trust that the collective wisdom of Design Indaba that brings to South Africa some of THE foremost Design brains and personalities has a plan going forward.  Yet, having said that, the hole that is left by the passing of this exceptional Expo is still felt.  I feel sure that we speak for many, many of the pubic and the creatives alike. In this sad frame of mind, one almost wants to believe that a public vote might have been the order of the day, when making the choice to kill off the Expo or not.

The Expo was the “public face” of Design Indaba. It was the event that guaranteed the most “feet” – i.e. public exposure. More than six hundred exhibitors, covering every aspect of design, under one roof.  What an amazing convenience.

Only two years ago Design Indaba was boasting with their massive income earning potential. 48 700 people, both local and international, visited the Expo in 2014. Exhibitors taking part in that same year’s Expo earned an amazing total of R 201.9million – yes, million – from business orders and sales.

That fact aside, the most appealing factor about the DI Expo for those of us resident in Cape Town, creatives and public alike, was that it really was one helluva grand showcase of SA design and crafts. For once the creatives from Jozi flocked to Cape Town, instead of the other way around (Jozi being host to some SA’s premier design showcases).

For me it is almost unthinkable that this standard has been lost to Cape Town. We do have a few other design-related Expos held here, but they just don’t cut it in terms of new creative thinking, designs and product.

The biggest DI Expo draw was that it was all under one roof. We did not have to schlep around town to the various venues and markets to catch a glimpse of what was hot and no hot. Is this now the only recourse left to us? If Design Indaba thinks that this is going to happen, I would venture to say – think again!  A one-stop-shop like DI Expo has a far greater marketing impact than driving feet to the individual creative outlets (which is what I hear is planned by the Design Indaba marketing team).

What a total and utter shame.

What will take its place? Well, Design Indaba is still working on some new ideas. So who knows? Maybe they will surprise us with a new, better and more innovative platform.

Let us console ourselves with the fact that Cape Town remains the host city for the power-packed Design Indaba Conference and the Emerging Creatives exhibition.

Rest in peace Design Indaba Expo. You were the cream of local design-related expos, and will be sadly and greatly missed.