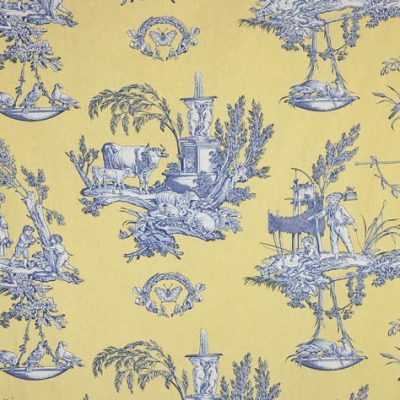 Toile de Jouy: (often simply referred to as “toile”) is a repeated single-coloured pattern depicting intricate scenes, usually of a pastoral theme (such as a couple having a picnic by a lake). Other Toile imagery include arrangements of flowers and fruit, country or farming landscapes and mythological and period-specific figures. The term derives from French – “Toile” meaning cloth, while “Jouy” refers to the French town Jouy-en-Josas, near Versailles.