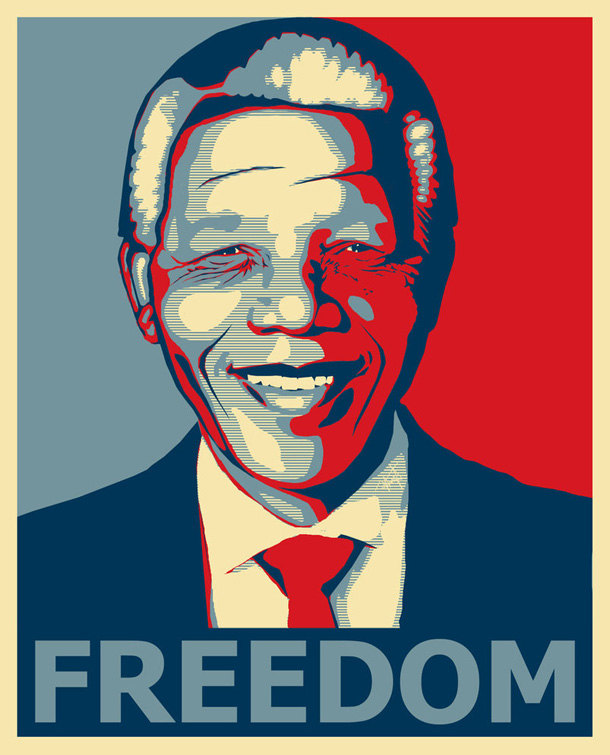 Today we celebrate the 94th birthday of the Father of our Nation, Nelson Rolihlahla Mandela, pioneer of South African democracy! Such a great, compassionate, and incredibly wise man, who fought most his life for the freedom and equality of the South African people. What an amazing honour to partake in your life and to be able to say we where there.

Today is also Mandela Day, an international day adopted by the United Nations and celebrated on Madiba’s birthday every year. Mandela Day is a global call to action that celebrates the idea that each individual has the power to transform the world, the ability to make an impact. Individuals, communities and organisations are asked to donate 67 minutes to doing something for others, commemorating the 67 years that Nelson Mandela gave to the struggle for social justice.

The Mandela Day campaign message is:

“Nelson Mandela has fought for social justice for 67 years. We’re asking you to start with 67 minutes.”

Have amazing and blessed birthday Tata. May you have many many more!

“Never, never and never again shall it be that this beautiful land (South Africa) will again experience the oppression of one by another.” – Nelson Mandela

“I am fundamentally an optimist. Whether that comes from nature or nurture, I cannot say. Part of being optimistic is keeping one’s head pointed toward the sun, one’s feet moving forward. There were many dark moments when my faith in humanity was sorely tested, but I would not and could not give myself up to despair. That way lays defeat and death.” – Nelson Mandela

“No one is born hating another person because of the colour of his skin, or his background, or his religion. People must learn to hate, and if they can learn to hate, they can be taught to love, for love comes more naturally to the human heart than its opposite.” – Nelson Mandela

“If there are dreams about a beautiful South Africa, there are also roads that lead to their goal. Two of these roads could be named Goodness and Forgiveness.” – Nelson Mandela

“I learned that courage was not the absence of fear, but the triumph over it. The brave man is not he who does not feel afraid, but he who conquers that fear.” – Nelson Mandela

“There can be no keener revelation of a society’s soul than the way in which it treats its children.” – Nelson Mandela

“Education is the most powerful weapon which you can use to change the world.” – Nelson Mandela

“For to be free is not merely to cast off one’s chains, but to live in a way that respects and enhances the freedom of others.” – Nelson Mandela