We are all obviously aware of the “Royal Wedding Fever” that has gripped most of the world, including a great number of us in South Africa. The anticipation is now reaching fever pitch, with Royals Wedding get-togethers being arranged by most I know, including moi. Snacks – cucumber sandwiches, followed by Bangers and Mash. All things Brit tomorrow. But oh, how I wish I could be there – in London, the place I have a passion for, just to be part of their wedding “gees”.

No matter though, after having watched as many of the Royal Wedding episodes on the BBC Knowledge channel as I could, scoured through the videos on Yahoo, read through the headlines of our counterpart tabloids in Britain, I can now say that I am well and truly prepared for this big event and have enough gees for all. 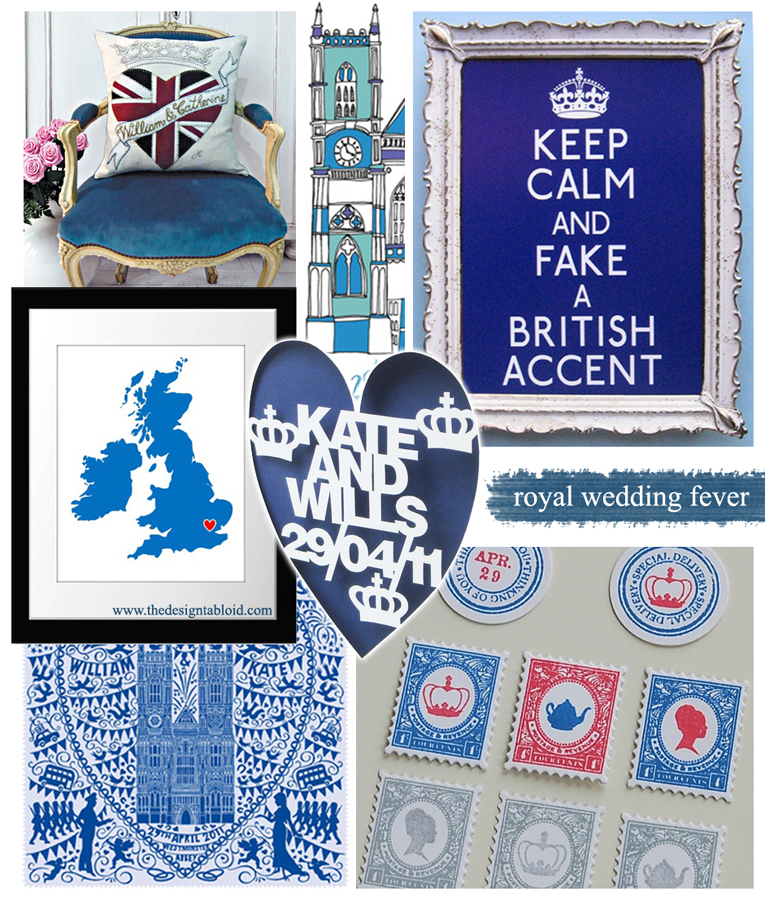 Although we as Design Monarchy were sadly not included on the guest list as international monarchs, we thought we would nevertheless tip our crown to the British Monarchy in celebration of their Royal Wedding, by displaying cool, quirky, creative British decor goodies. 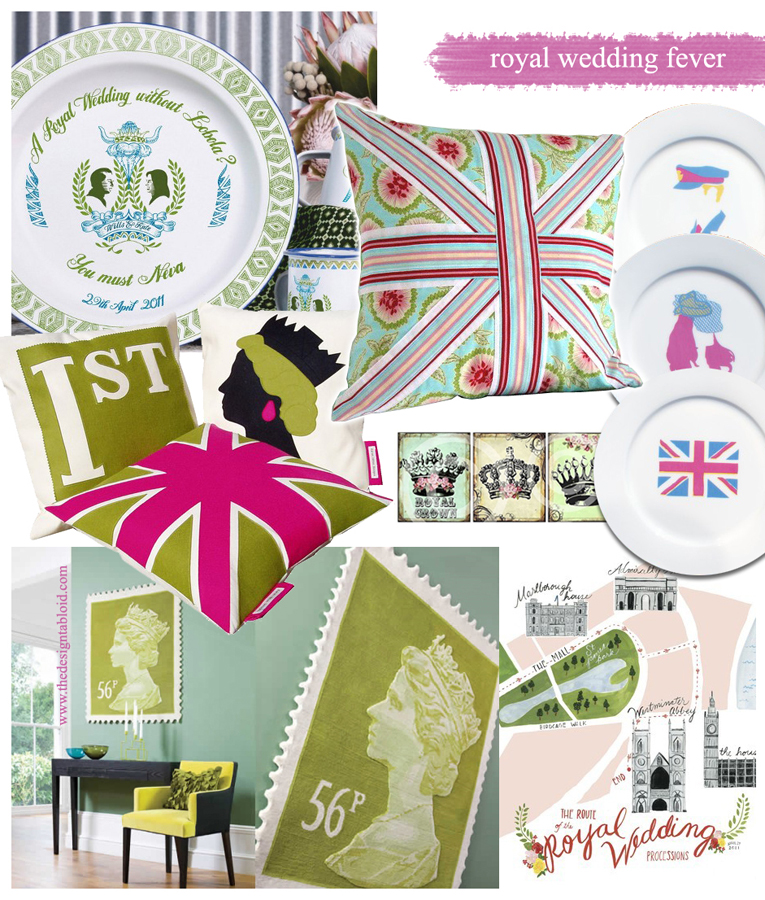 Now for a titbit of tabloid skinny – (unlike a number of the British tabloids, we pride ourselves in bringing news of a positive nature, inspiring – take a lesson The Sun!)

Princess Diana was responsible for major shifts in the way the British monarchy interact with the public – which we all know and sincerely appreciate that she brought the Crown to the People. Although it came at huge emotional cost to her, she managed to serve the people of Britain with warmth that had been lacking for so long. Thereafter the Windsors managed to shake off their cold, stuffy image by becoming a “welfare monarchy” – dedicated to charitable work.

William in the spirit of his mom, together with his new wife Kate is driving that shift further forward. They are the Modern Monarchs that dare to organise a full disco party for their friends on the night of their wedding in none other than Buckingham Palace. I would say that could be a first. Hats off to the Queen for opening the doors of the Palace for this party and taking herself and the Duke off to Windsor Castle for the night. May she sleep tight while the Royal Wedding rocks on!

According to historian Dominic Sandbrook, price William might have chose his commoner wife for romantic reasons, that is obvious I would think, but he also picked a perfect candidate “to show that the royal family is ready to embrace a more democratic century”. An era that many Brits would welcome I would imagine.

So, in closing, Design Monarchy wishes Prince William and Kate Middleton a wonderful wedding day. And, like we say to each other, “looking forward to see the pics”.

Celebrate and enjoy this wedding in royal style wherever you find yourself.

One thought on “Celebrating The British Royal Wedding”